Watch a video of this article

Hemostatic forceps are recommended for hemostasis during endoscopic submucosal dissection (ESD)1 and the repositionable endoclip has been reported as a promising option for hemostasis. To the best of our knowledge, this is the first report on a successful hemostasis using a repositionable clip for uncontrollable bleeding during ESD. A 78‐year‐old man diagnosed with a 12‐mm adenoma at the lesser curvature of the lower gastric body underwent ESD. Incision of the mucosa surrounding the anterior side of the lesion revealed a submucosal large vessel. After prophylactic coagulation using hemostatic forceps (Radial Jaw 4 Hot Biopsy Forceps; Boston Scientific, Marlborough, MA, USA), we cut the vessel. Unfortunately, pulsatile bleeding occurred. We tried to achieve hemostasis using the forceps, but excessive flow prevented identification of the bleeding point. Operators were switched, and hypertonic saline–epinephrine solution was injected around the bleeding point. However, the flow still did not stop. Although blood pressure was stable, bleeding had continued for over 30 minutes. Therefore, we decided to use a repositionable clip of appropriate size for grasping the vessel and submucosal tissues (SureClip 11‐mm; Microtech, Ann Arbor, MI, USA), to allow opening and closing many times prior to deployment. When the flow did not weaken despite closing the clip, we opened it and grasped another site. After making sure that the flow had weakened after closing the clip, it was deployed, and the bleeding stopped (Video S1). The patient was discharged 5 days later without rebleeding. Hemostasis using an endoclip during ESD has disadvantages, such as interference with subsequent procedures, and current flow through the endoclip may cause delayed perforation. However, there may be no other way to achieve hemostasis. To make up for the disadvantages, the clip was used after the region surrounding the bleeding point had been dissected, which prevented the cutting device touching the clip. 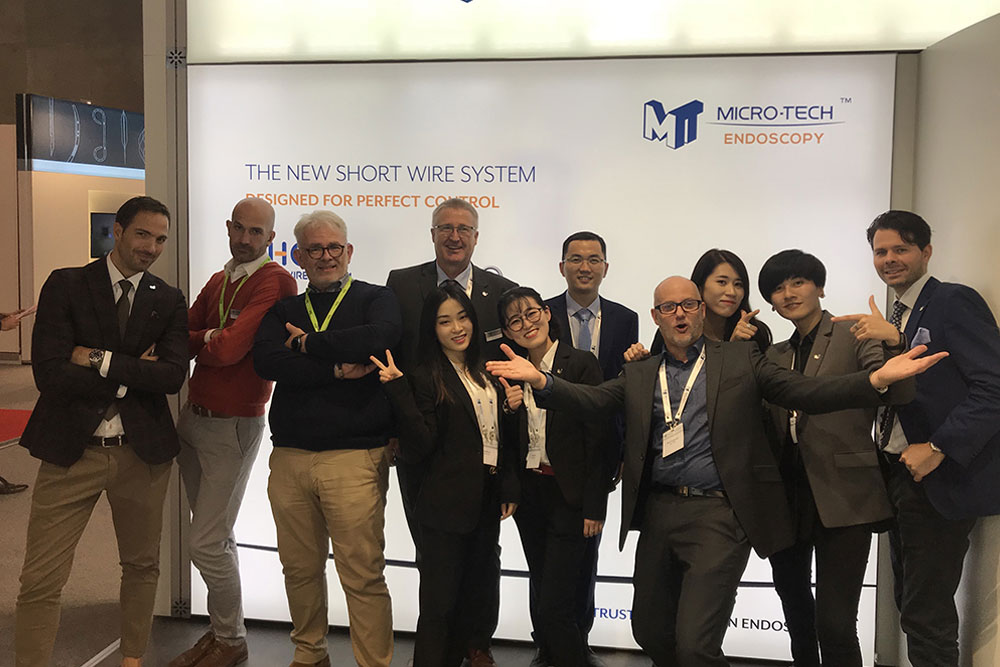